Our aim is to make a difference
through awareness, support, education
and medical research.

We are very proud to be working alongside a hugely experienced  and dedicated team of Medical Advisors, representing the UK’s leading experts on Glut1 Deficiency.

Professor Sameer Zuberi MB ChB, MD, FRCP, FRCPCH
Sameer is Consultant Paediatric Neurologist at the Royal Hospital for Children and Honorary Professor in the University of Glasgow. He graduated in Medicine from Edinburgh University and trained in paediatrics and neurology in Edinburgh, Sydney and Glasgow. His clinical & research interests include epilepsy, neurogenetics, innovative technologies and the neurological sleep disorders. He leads the Paediatric Neurosciences Research Group and is clinical lead of the National Services Scotland funded Genetic Epilepsy Service. He is President of the European Paediatric Neurology Society (2018-22), and was Editor-in-Chief of the European Journal of Paediatric Neurology 2015-2021. He was Chair of the International League Against Epilepsy Commission on Classification & Terminology 2013-17 and is a member of the 2017-2021 ILAE Task Force defining epilepsy syndromes 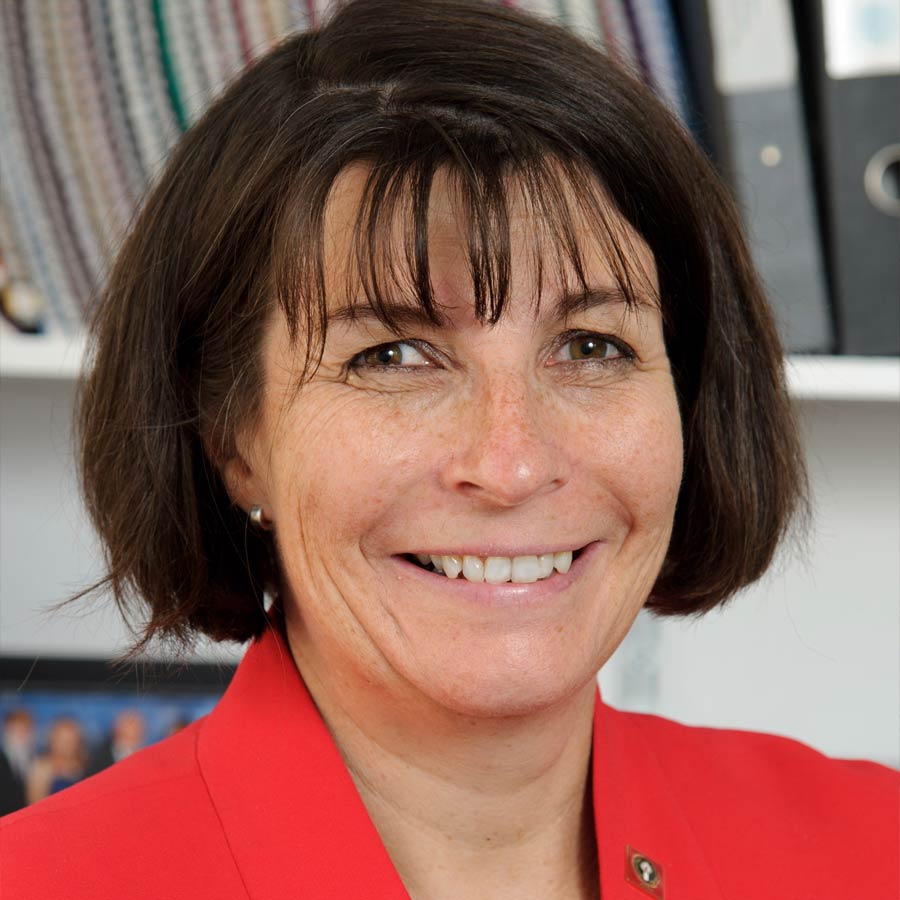 Professor Helen Cross
Professor Helen Cross is The Prince of Wales’s Chair of Childhood Epilepsy and Head of the Developmental Neuroscience Research and Teaching Department at UCL-Great Ormond Street Institute of Child Health, Honorary Consultant in Paediatric Neurology Great Ormond Street Hospital for Children NHS Foundation Trust, London and Young Epilepsy, Lingfield, UK. Her research has been targeted at improving outcomes in early onset epilepsy, specifically in assessing the role of surgery and ketogenic diet. She has held key leadership roles both nationally and internationally

She is currently Treasurer of the International League Against Epilepsy 2017-2021 (President elect 2021-2025), Clinical Advisor to the National Children’s Epilepsy Surgery Service, and Clinical Advisor to the update of the NICE guidelines for Childhood Epilepsy 2018-2021. She developed, as Coordinator, the European Reference Network for Rare and Complex Epilepsies (EpiCARE) launched in 2017. She received an ILAE Ambassador for Epilepsy award in 2007, and is a recipient of the American Academy of Neurology Sydney Carter Award, The International Child Neurology Association Frank Ford Award and the American Epilepsy Clinical Research Award. She received an OBE for contributions to childhood epilepsy in 2015. 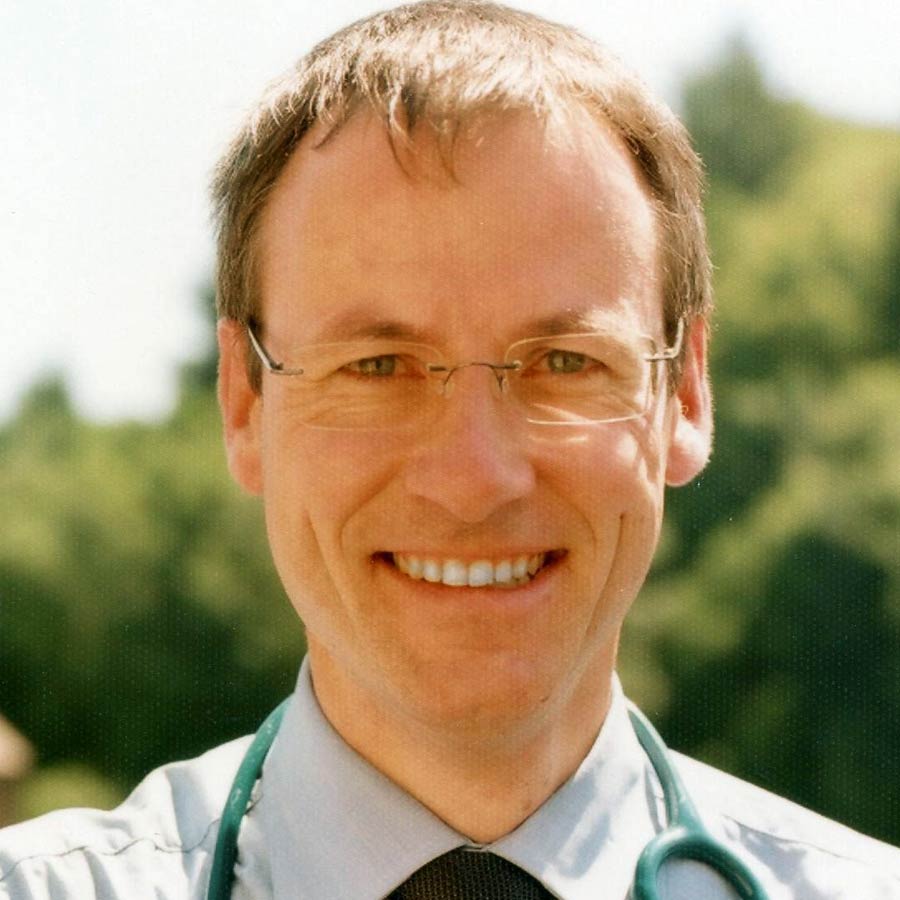 Professor Dr. Jörg Klepper
Dr. Klepper is the Medical Director of Aschaffenburg Children’s Hospital in Aschaffenburg, Germany. Dr. Klepper’s clinical interests include disorders of brain energy metabolism such as Glut1 Deficiency and pyruvate dehydrogenase. His research interests include the mechanisms and adverse effects of the ketogenic diet on these disorders and establishing international protocols for the use of the ketogenic diet for epilepsy and metabolic disorders. Dr. Klepper earned his medical degree at Frankfurt/M and Würzburg University and completed his pediatric training at Würzburg and Essen University in Germany. 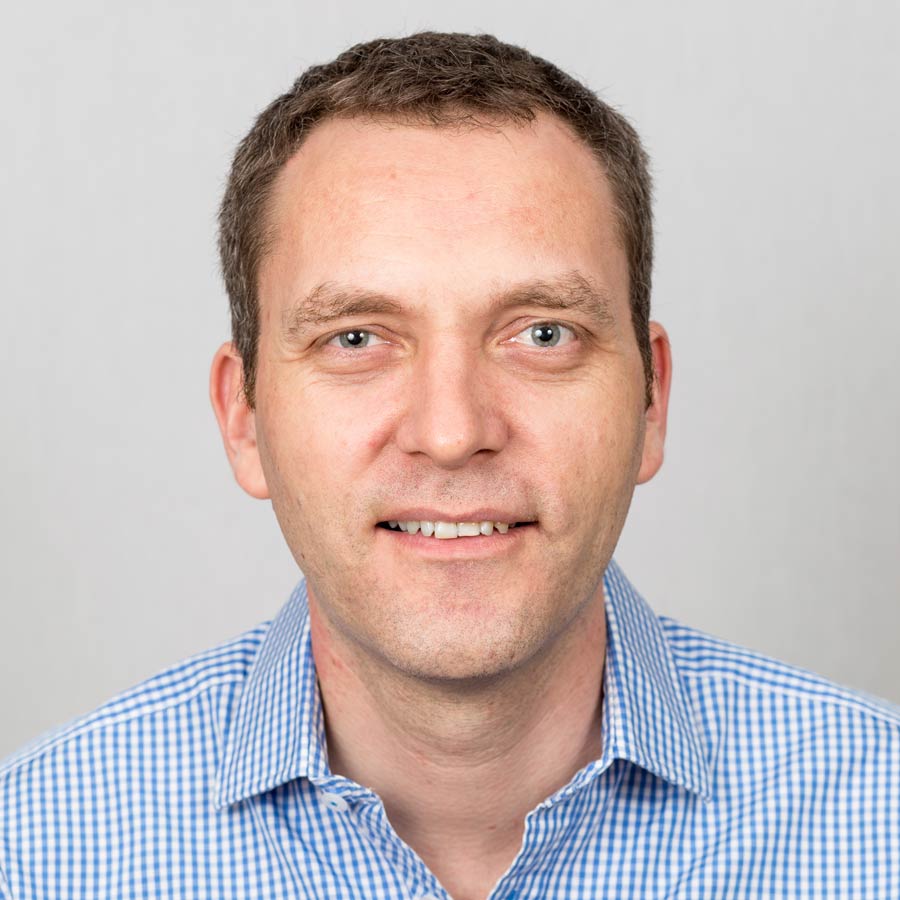 Dr Andreas Brunklaus MD, MRCPCH
Dr Andreas Brunklaus, is a consultant paediatric neurologist at the Royal Hospital for Children, Glasgow and honorary senior clinical lecturer at the University of Glasgow. He trained at the Charité Medical School, Humboldt University Berlin and completed his child neurology training at Great Ormond Street Hospital in London and the Royal Hospital for Children in Glasgow. He obtained his MD from the University of Glasgow and has an ongoing research interest in epilepsy genetics, clinical epilepsy as well as quality of life in childhood epilepsies. He is widely published and an editorial board member of the European Journal of Paediatric Neurology.

Dr Brunklaus specialises in the diagnosis and management of childhood neurological disorders and epilepsies. Since 2015 he leads the West of Scotland children’s ketogenic diet service looking after a large cohort of children with Glut-1 deficiency syndrome. He teaches widely, nationally and internationally and is committed towards improving the lives of children with epilepsy and neurological disorders. 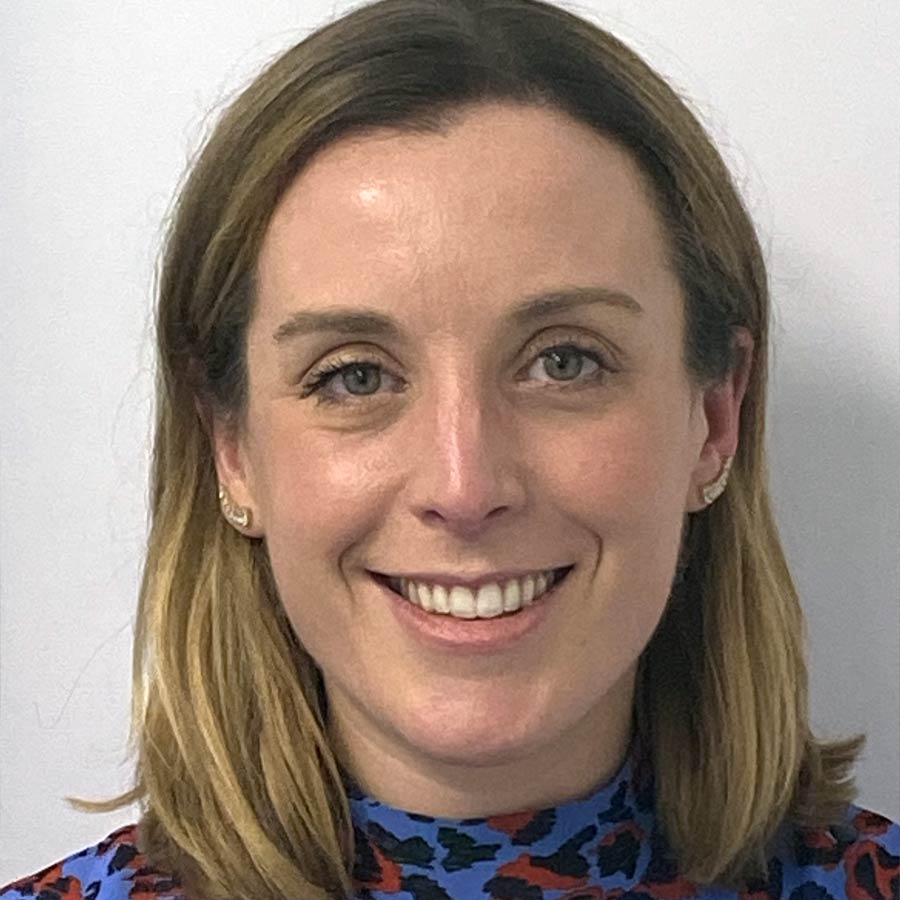 She completed her higher specialist training in General Paediatrics in Ireland. During this time, she sub-specialised in paediatric neurology and completed a MD focusing on whole-exome sequencing in neurological conditions. She completed a clinical fellowship in neurocritical care at Ann and Robert Lurie Children’s Hospital, Chicago. Followed by a combined clinical and research fellowship in movement disorders and neurogenetics in Great Ormond Street Hospital and University College London.

Her clinical and research interests include epilepsy, neurogenetics, movement disorders and neonatal neurology. 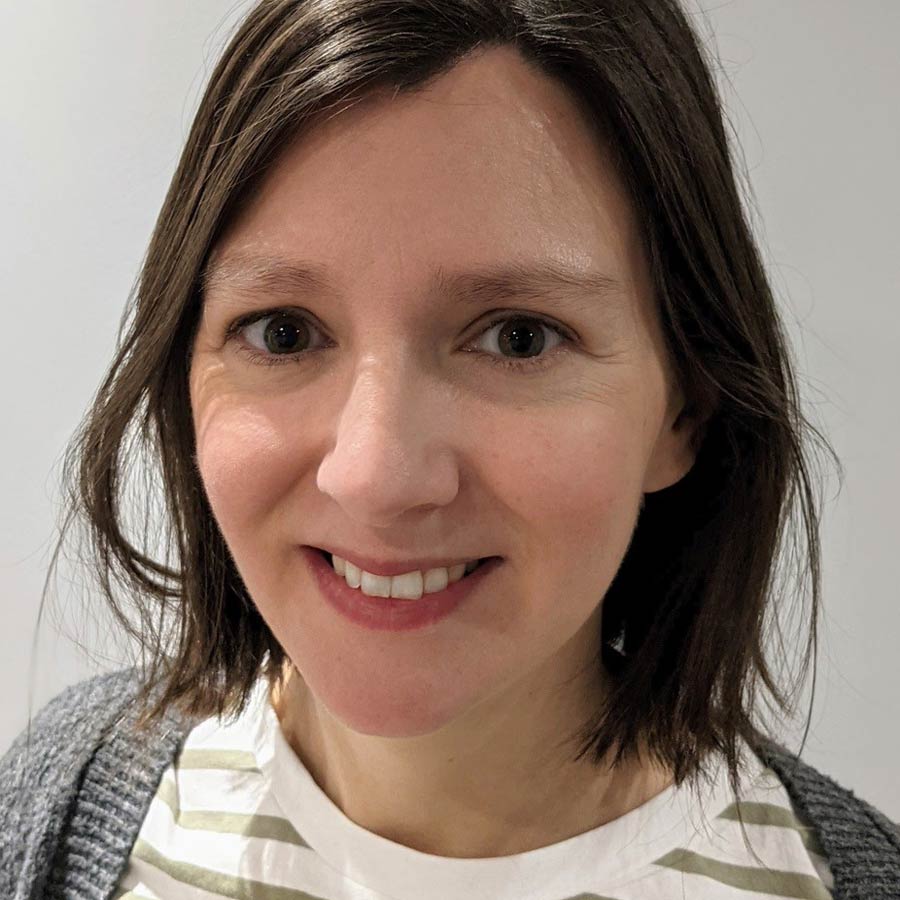 Victoria Whiteley
I qualified as a dietitian 17 years ago and have worked in paediatric neurology for over 15 years. In 2011 I joined the Royal Manchester Childrens Hospital to develop a pilot ketogenic diet service in a position funded by The Daisy Garland Charity. The service was a success and it has grown over the last 10 years to become one of the largest Ketogenic Diet services in the UK, with one of the largest cohorts of children and adolescents with Glucose Transporter Type 1 Deficiency.

To expand my role both clinically and within research I have recently completed a Masters degree in Advanced Clinical Practice, which has enhanced my knowledge and skills in the area of ketogenic diets and neuro metabolic conditions. 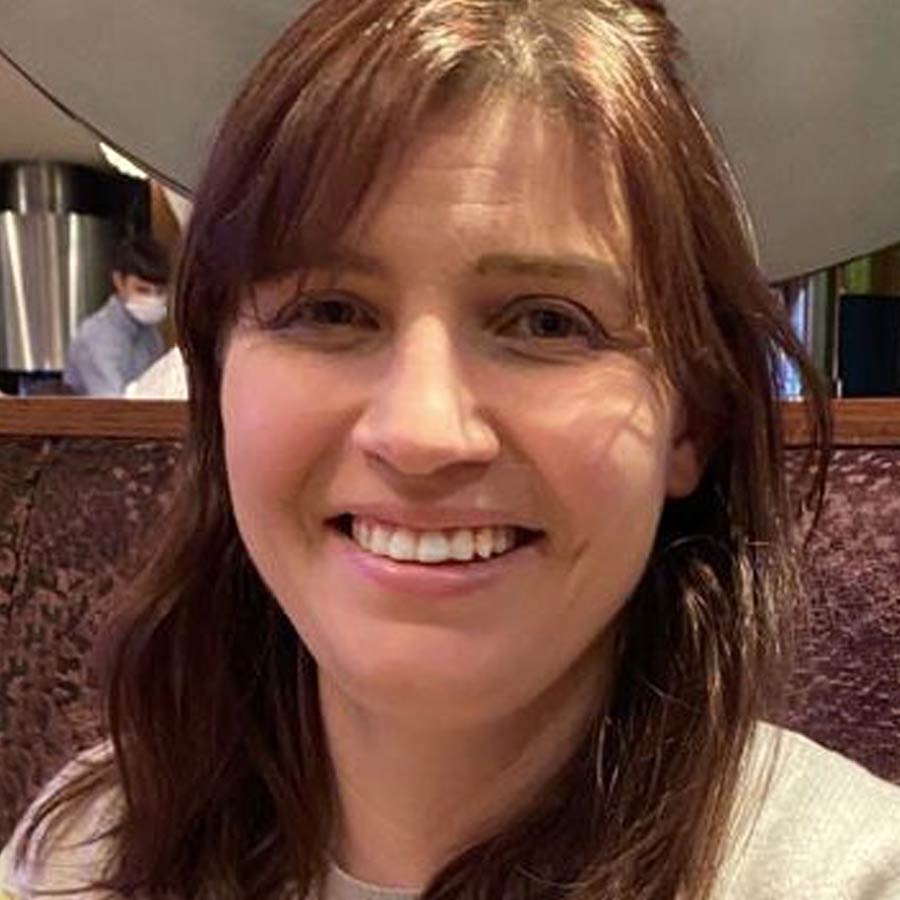 Janette Buttle
I graduated from Glasgow Caledonian University in 2002 and always knew I wanted to work in paediatric dietetics. I got my first paediatric job in Alder Hey Children’s Hospital, Liverpool in 2005.  I loved working there and it holds many lovely memories including having my three beautiful children and starting in the world of ketogenic diets as I set up the KD clinic there in 2009. As a family we decided to return to Scotland in 2013 and fortunately I managed to secure a new Daisy Garland funded lead ketogenic dietitian job at the Royal Hospital for Children, Glasgow in 2014.

I love this area of dietetics – it still amazes me the impact it can make on the life of the individual and the whole family. I cover the West of Scotland and we have quite a large cohort of patients with Glut 1, the number of families I have been involved with has more than doubled over the last 6 years. As the ketogenic diet is considered the gold standard treatment and patients require to stay on the diet long-term I hope to support families through the many ups and downs this presents.